Attack on Titan's third season is going on an extended hiatus until it returns next April. The final episodeof the first part left the series on a pseudo cliffhanger as the series prepares for a big callback.

As teased in the episode's final moments, the Survey Corps has set out to Shiganshina in order to retake Wall Maria, which fell during the first episode of the series.

As the Survey Corps found out the control the Fritz and Reiss families held over the people for so long, all clues led to retaking Wall Maria in order to find out what Grisha Jeager was hiding in his basement. The plan became more feasible when Eren acquired a new hardening Titan power, meaning he can plug up the hole in the wall.

Everyone wants to figure out the truth of the world, and why Reiner and Bertholdt attacked their home in the first place and retaking Wall Maria would bring them closer to that truth.

Reiner and Bertholdt are seen waiting on top of Wall Maria, and the two of them are much worse for wear than when fans last got a look at the two. Not to mention that earlier in the season fans got a renewed look at the Beast Titan, and they all seem ready and waiting for the Survey Corps to arrive. 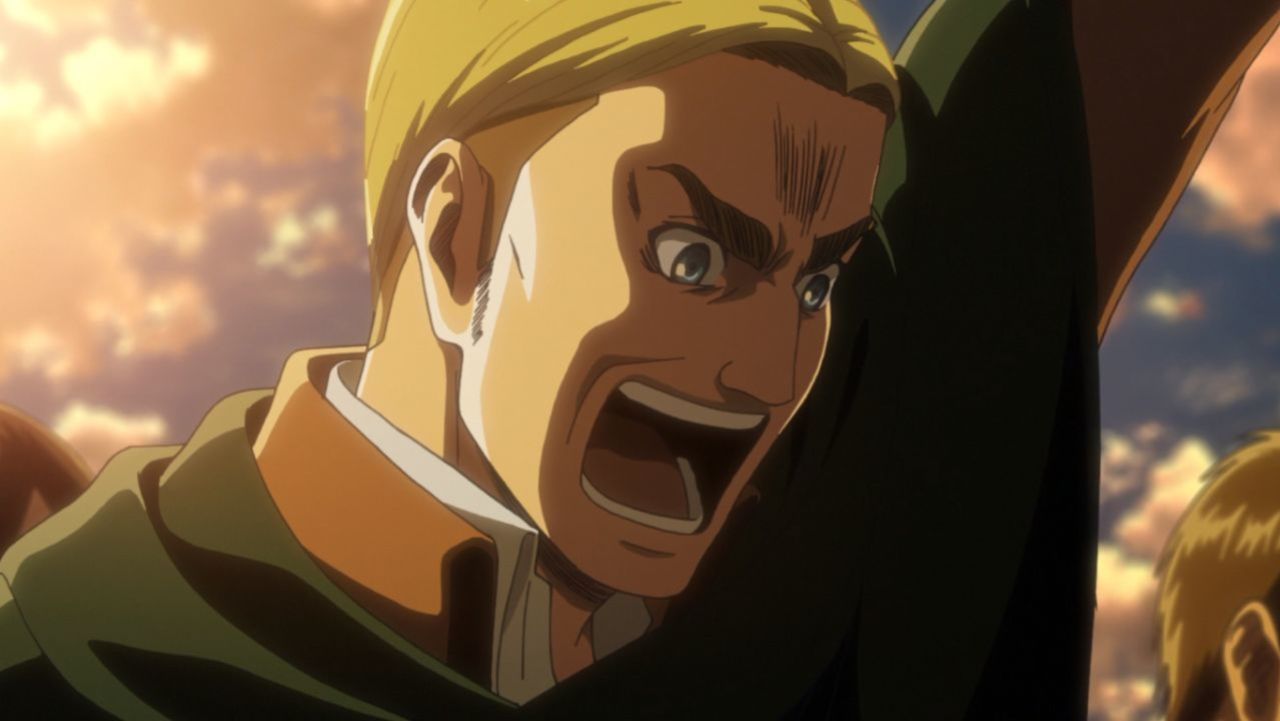 Attack on Titan was originally created by Hajime Isayama for Kodansha's Bessatsu Shonen Magazine in 2009. The series has since been collected into 23 volumes as of 2017. The lead character, Eren Yeager, ends up joining the military with his two childhood friends Mikasa and Armin after the Titans break through the wall and attack his hometown.

Now Eren, Mikasa, and Armin must survive in a world where they not only have the Titans to fear, but the humans they are trying to save.