J Cole raps about Tekashi 6ix9ine during his guest slot on 21 Savage‘s new album ‘i am > i was’.

The albumalso features appearances from Childish Gambino, Migos‘ Offset, Post Malone and Schoolboy Q. J Cole guests on the opening track ‘A Lot’. During his verse, he mentions Tekashi 6ix9ine, who was arrested on firearms and racketeering charges. 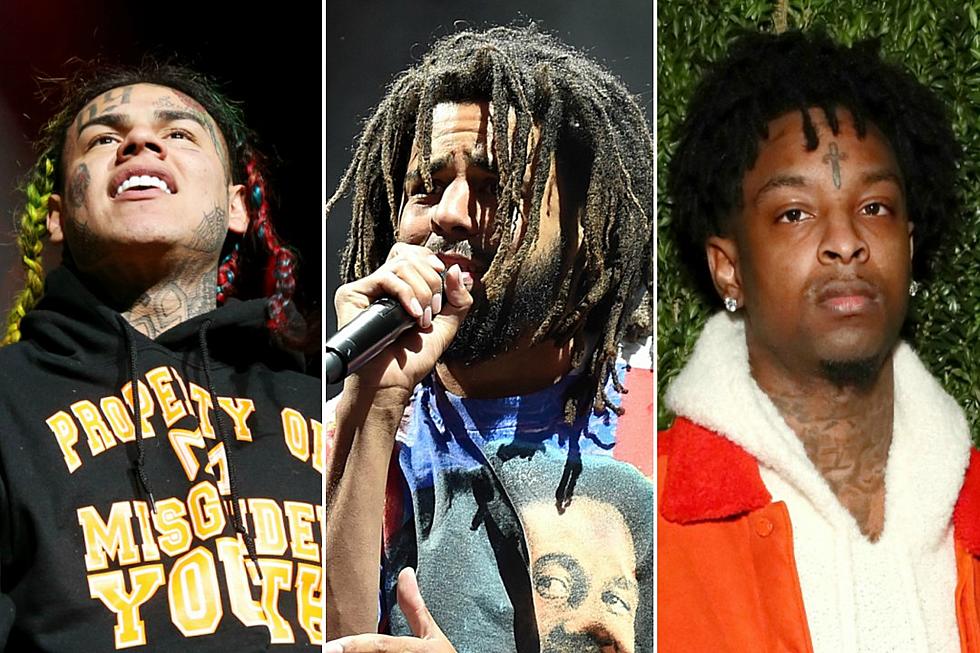 “Pray for Tekashi / They want him to rot / I picture him inside a cell on a cot / Reflecting on how he made it to the top / Wondering if it was worth it or not,” J Cole raps.

Judges in New York have warned that Tekashi 6ix9in could face 32 years to life in prison. The charges facing the star reportedly arise from a five-year investigation into the Nine Trey Bloods street gang, of which 6ix9ine is allegedly a member.

His lawyer said the rapper is a “victim” who is “completely innocent” of the charges.

“Daniel Hernandez is completely innocent of all charges being brought against him,” attorney Lance Lazzaro wrote in a statement.

As a result of his arrest Tekashi 6ix9ine’s album was postponed in November.

It was then released a few days later from prison, with Nicki Minaj and Kanye West featuring on the record.