A Quiet Place was all about surviving post-apocalyptic monsters who hunted by sound. In Bird Box, survival is all about limiting your sight. In the new Netflix thriller, there’s an evil entity taking over people’s vision, and once you see it, you lose your mind.

In the first trailer for Bird Box, a woman starts smashing her head through a window. Then Sarah Paulson sees something that makes her flip her car over. Get Out‘s Lil Rel Howery describes it as “an entity that takes on the form of your worst fears,” and then makes people want to kill themselves. That sounds terrifying as heck, but has this mysterious creature met Sandra Bullock?

A woman who’s not gonna let some monster destroy her and her children. Sandra Bullock is a survivor, and she’s about the survive this post-apocalyptic evil.

''In the wake of an unknown global terror, a mother must find the strength to flee with her children down a river in search of safety. Due to unseen deadly forces, the journey must be made blindly.''

The film is an adaptation of the 2014 novel of the same name by Josh Marlerman. Based on the book reviews, it sounds like a must-read if you dig chilling psychological horror. 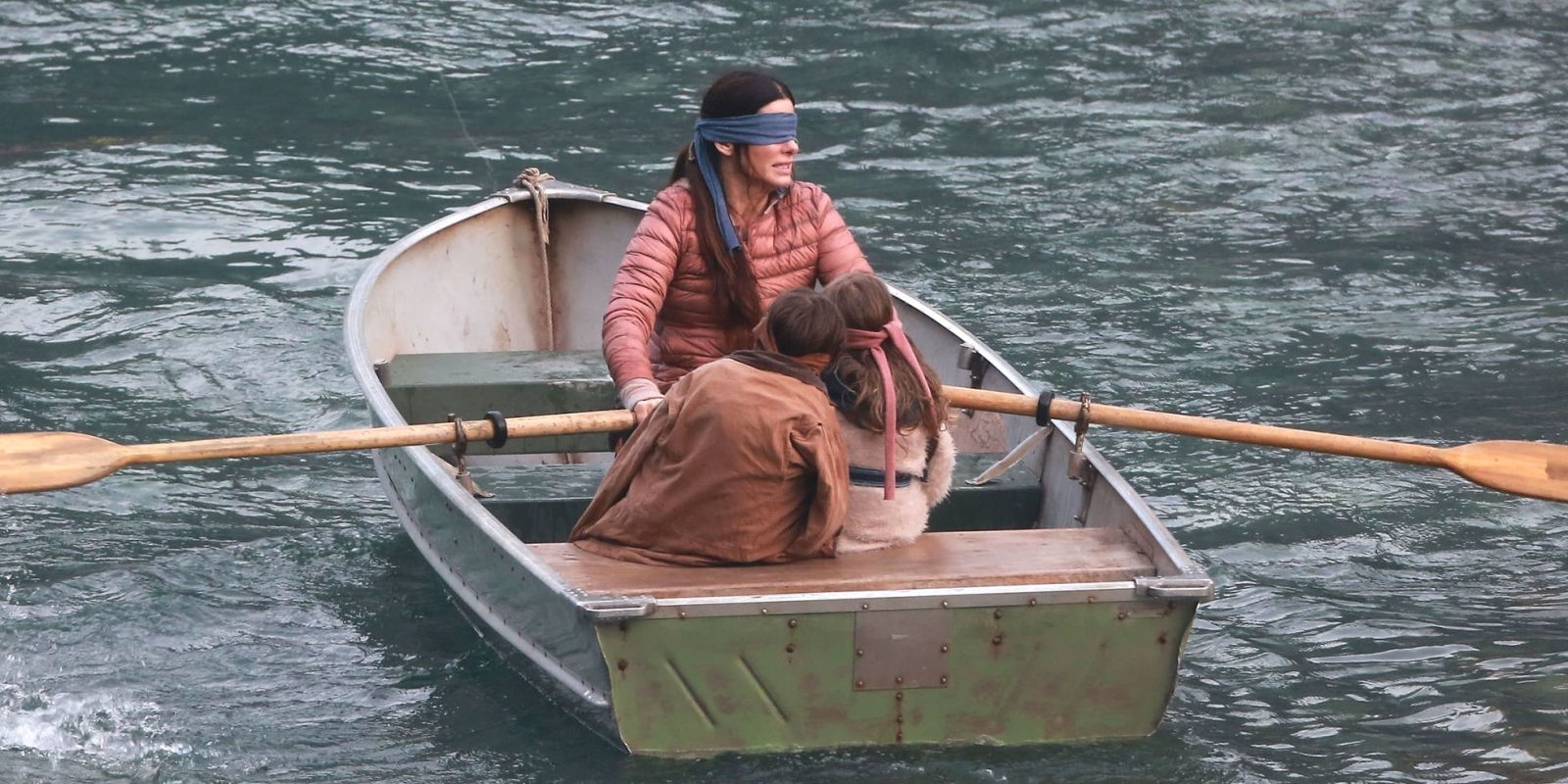